We are enjoying the holidays, visiting family out of town (yes, again! third time this month). I seem to finally have the yeast overgrowth under control, though I am still on Diflucan. However, the first day after we arrived here, I got a killer sore throat and congestion - usually the starting signs of a long, difficult crash that often ends with bronchitis. I'm not feeling completely crashed - a bit low in energy - but I do still have some congestion and a cough is starting. I just hope I can make it back home without things getting much worse. A long day spent in an airport when crashed is torture.

Anyway, with everyone home for the holiday break and now visiting my father-in-law, we have had a little time for movies:

Before Christmas, we watched The Holiday with our sons. My husband and I had seen it before, but our sons hadn't. It's a fun, sweet holiday story with a great cast. Kate Winslet plays a British woman from a small town who wants to get away to help herself recover from a toxic relationship. Cameron Diaz plays a young woman in LA who creates movie trailers for Hollywood production companies and just broke up with her long-time boyfriend. Both women want to get away from their lives, and they connect on a house-sharing website and agree to switch homes for two weeks. Their homes and their lives are very different, so lots of fun ensues. Of course, there are love interests to help heal their wounds: Jack Black plays a sweet music composer who works with Diaz's character in LA, and Jude Law plays the adorable brother of Winslet's character. We all enjoyed it - it's a nice modern take on the holiday movie.

Here at my father-in-law's house, we all watched The World Is Not Enough, a James Bond movie starring Pierce Brosnan. It is the typical Bond movie, with a complicated plot, cool gadgets, and lots of fast-paced action and explosions. I'm not a big Bond aficionado myself, but my husband and sons said this wasn't one of the better ones. I agree that Brosnan isn't the best Bond - he didn't seem to have that classic Bond confidence and unflappable calm. But it was an action-packed movie that everyone from my 15-year old son to my 88-year old father-in-law enjoyed, so if you like action, it's good for a little escape from reality.

In between, we have been watching lots of The Mentalist (season 5) and Modern Family (season 4), two DVD sets that we gave our sons for Christmas, both excellent, as always.

Have you seen any good movies lately?
Posted by Sue Jackson at 1:59 PM No comments:

With my college son home and the holiday break in full swing, we were able to watch some movies this weekend. 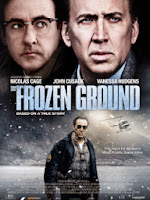 Both boys were occupied with friends in Friday night, so my husband and I watched Frozen Ground, a very creepy movie about a serial killer in Alaska. If tension and suspense keep you up at night, it's better to skip this one! It was an excellent movie and very well made, with an outstanding cast. Nicholas Cage plays the state trooper heading up the investigation, and John Cusack is chilling as the psychotic killer who is a loved member of the community. Vanessa Hudgens gives a surprisingly emotional performance - far different than her role in High School Musical! - as a prostitute who was beaten and raped by the killer but managed to escape. The movie takes place in Alaska in winter, so it is a very dark setting and a darker theme, especially when we found out it was based on a true story. It was gripping and compelling, with nail-biting suspense, and thoroughly chilling. 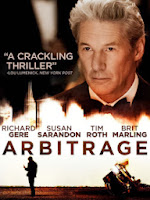 Saturday night, our younger son had friends over, so we watched Arbitrage with our 19-year old son, a movie we'd seen previewed on the DVD we watched the night before! This one is free on Amazon Prime right now. It was another suspense movie but of an entirely different sort. Richard Gere stars as a wealthy business man who seems to have it all - good looks, a beautiful wife (played by Susan Sarandon), a loving family, and a thriving business. He's on the cover of Forbes, and is closing a deal to sell his business for over 400 million dollars. Then things begin to slowly unravel, after he is in an accident and his various lies come back to haunt him. "What a tangled web we weave..." It's a good movie with a great cast and a complex plot that keeps you guessing.

Symptoms of and Treatments for Yeast Overgrowth

Yes, I am still here! Sorry for the long silence here at the blog. As most of you know, I have had a very difficult fall and have been severely crashed for much of the past 3 months. With the holiday season on top of that, I just haven't had any time/energy at all for writing (my book blogs and commercial writing have been neglected also!). But I am back now - back to feeling pretty good and back here on the blog.

As it turned out, much of my suffering the past three months was due to yeast overgrowth, a fact that I didn't figure out until about a month ago. I wanted to share my recent experiences with you in the hopes that perhaps it might help some of you.

Yeast (aka candida) are a type of fungus that normally live in small amounts in your mouth and digestive tract. Problems occur when the yeast increases and/or good bacteria in your gut that normally keeps it in check decreases. One common cause of this yeast overgrowth is taking antibiotics - they kill off all the bacteria in your system, including the good stuff that lives in your digestive tract, allowing the yeast to take over. This is what happened to me this time. Back in September, I took 5 days' of Zithromax for bronchitis. Under normal circumstances, such a small amount of antibiotics wouldn't bother me (especially since I take probiotics every day - see below), but ever since I was treated for Lyme disease (over 3 years of antibiotics every day), I've had occasional flare-ups of yeast overgrowth.

For those of us who have ME/CFS, we don't even need antibiotics to cause yeast overgrowth. Since immune system and GI dysfunctions are an integral part of our illness, yeast overgrowth is a very common occurrence, though one that is often missed or not diagnosed.

How did I know I had a problem with yeast overgrowth? Well, it took me many weeks to figure it out, even though I've experienced it before. My symptoms included fatigue that was much worse than usual and severe flu-like aches all over my body; in fact, the aches these past few months were some of the worst I have experienced in my 12 years with ME/CFS. Increased brain fog is also common with yeast overgrowth. At one point, I looked back at my records and saw that of the past 60 days, I'd only been well enough to leave the house 14 days. That's far worse than is normal for me. For a long time, I assumed that the virus that triggered my crash initially (and started my bronchitis) was the reason for the prolonged crash.

I finally figured out that yeast was responsible when I noticed that my tongue hurt, especially when I ate certain foods (anything bitter, sour, or sugary). The light bulb finally went off at that point, and I ran to the bathroom mirror. Sure enough, I had active thrush on my tongue. Thrush is one sign of a yeast overgrowth - when you stick your tongue out, it looks like a whitish or yellowish fuzz on the back of your tongue and mouth. It generally makes your mouth hurt or feel sore, as mine was feeling, though sometimes it's your throat that feels sore - something easily excused by "normal" CFS symptoms!  While I usually get thrush in my mouth when I have yeast overgrowth, some people get vaginal yeast infections or an itchy feeling around the vagina or anus.

So, what do you do about it? Well, I should have gone directly to my doctor, but instead I tried to treat it myself first (and lost another month to the couch!). There are lots and lots of herbal remedies and supplements that can help, as well as dietary changes, but I wasn't making much progress with those approaches. They definitely helped, but I found that if I had even the tiniest bit of sugar, my symptoms returned. I finally went to see my doctor a couple of weeks ago, and she prescribed an anti-yeast medication (the two most common ones are Diflucan and Nyastatin). This time, it had gotten so bad that it took me a full 10 days on Diflucan before I finally began to feel better...and then it was like someone had flipped a switch!

Here are all the remedies that my son (who is currently being treated for Lyme disease) and I have tried for yeast overgrowth: