Things have been so busy these last weeks that I skipped a Movie Monday (or two maybe?).  I've barely had any time at all for writing blog posts and am horribly remiss at visiting other blogs (even my favorites lately - sorry!), but I am taking steps to try to get more organized and manage my time better. The problem is that answering e-mails and participating in groups for ME/CFS has really grown to take up a lot of my time. Helping other people is very important to me, but I need to find a way to be more efficient and balanced. Anyway....that was a bit off-topic.  So, movies! 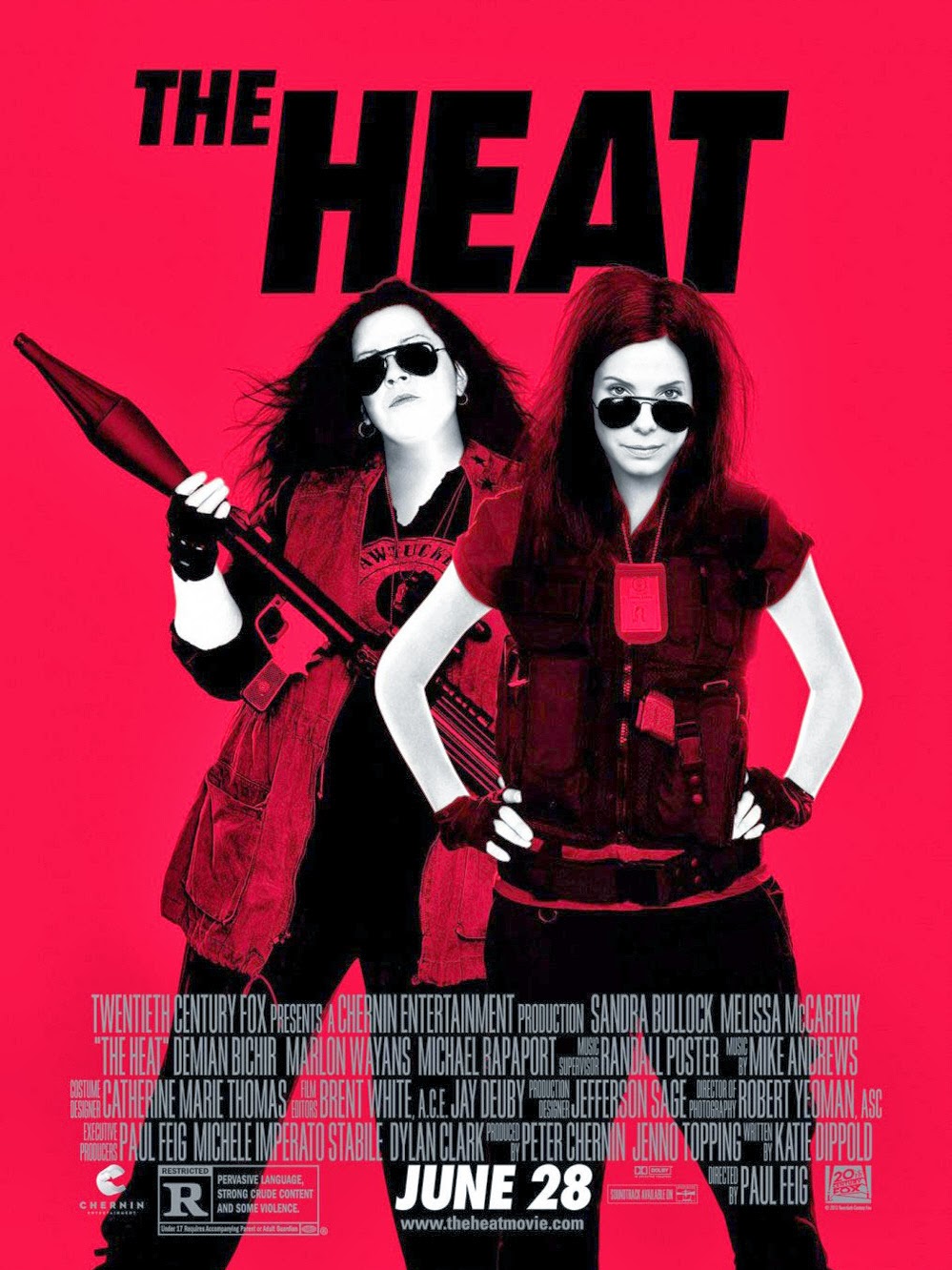 Last week, we watched The Heat with our 16-year old son. He and I picked it out, and my husband wasn't thrilled with our selection! He thought it looked stupid...and still thought that after watching it! Normally, he and I don't go in for the goofy, slapstick kind of comedies, but I have to admit that I really enjoyed this one, as did my son! It stars Sandra Bullock (I am a big fan of hers) and Melissa McCarthy as mismatched police officers teamed up together (reluctantly) to bring down a crime lord. Bullock plays an uptight FBI agent who strictly follows the rules and has devoted her whole life to her career. McCarthy is a local Boston PD officer who plays loose with the rules, dresses like a slob, and swears like a sailor. Some of the comedy of their being paired up is predictable, but I thought the best parts of the movie are the scenes that bring the two of them closer together (aw, come on, you knew that would happen, didn't you?). Lots of action in this movie, a bit of suspense, and a whole lot of laughs! As long as swearing doesn't bother you, this is a great movie for a bit of laugh therapy. 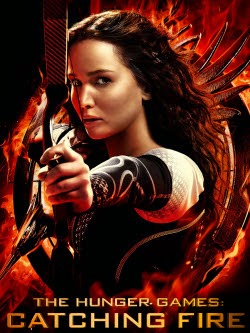 This weekend,  the three of us watched Catching Fire. Our son was lucky enough to see it in the theater on the first day it was released, but my husband and I hadn't seen it yet (and we both read and loved the book). This is the second movie in the series based on The Hunger Games trilogy, starring Jennifer Lawrence, who is as good as ever here. We all loved the movie. The plot stuck pretty closely to the book (except for a small detail toward the end but nothing important), and the acting and costumes were just as amazing as in the first movie. This is a visual feast about a dystopian society where the government keeps its citizens in line with an annual fight to the death, in which the participants are children and teens, chosen through a lottery, and the entire horrifying contest is televised for mandatory viewing. Katniss and Peta outsmarted the Games in the first book/movie, but their quiet life of leisure doesn't last long, as citizens of the districts become increasingly rebellious, and the government looks for ways to get them back under control. As with the first movie, this one is violent but also thought-provoking and intriguing. It is action-packed but with plenty of good dialogue, excellent acting, and astounding costumes and sets.

I love your Movie Monday posts Sue! Films keep my family going as well :) I haven't seen those two films yet, despite wanting to, but I did see The Book Thief in the cinema a few days ago and it was brilliant. Would recommend! :)

Thanks, Amy-Lou! So glad you like this feature - I also enjoy hearing about movies from readers like you who leave comments! My friend and I also saw The Book Thief in the theater a couple of months ago and LOVED it! I think that's another one I never had time to write about, but it was one of our favorite books, and I thought they did a great job with the movie.