I didn't have time for a movie post yesterday because I was busy shopping online (Cyber Monday). I got most of my Christmas shopping done - hurray! But I didn't want to miss this post completely this week because we have watched a LOT of movies!

My college son is home with mono, and my husband has been knocked out with a nasty respiratory virus, so we cancelled our travel plans for Thanksgiving and have been watching lots and lots of TV shows and movies. Both of them have been too sick to even read much, so this has been our main form of entertainment, to help pass the time on these long sick days.

We've seen some really good movies this past week - I'll have to stick to short reviews to fit them all in!

We started with The Next Three Days, a unique thriller starring Russell Crowe as John and Elizabeth Banks as his wife, Lara, who is arrested and convicted of a murder she says she didn't commit. John, a mild-mannered college professor, becomes obsessed with proving Lara innocent, while he takes care of their young son. When her last appeal fails, he turns to less legal means to free her. He concocts an elaborate escape plot, with the help of famous escaped convict Damon, played by Liam Neeson. The tension builds as John obsessively works out his plan and finally puts it into action. We all enjoyed this suspenseful film that kept us on the edge of our seats. 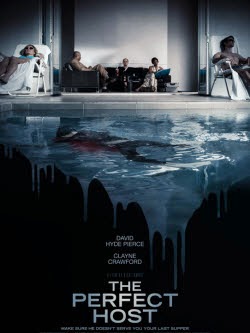 Over the holiday weekend, with the library closed, we discovered a couple of good movies on Amazon Prime. First we watched The Perfect Host, starring David Hyde Pierce in a creepy, hilarious role.  John Taylor is a thief looking for a place to hide from the police. He finds a random house in a quiet neighborhood and bluffs his way inside, but the resident, Warwick (played by Pierce) has some secrets of his own. This movie is full of surprises and is a rare suspense movie with a great sense of humor. We all loved this totally unique movie. 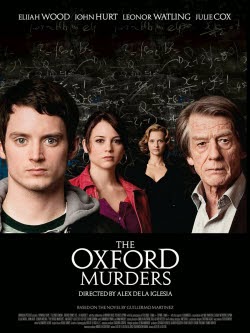 Next, we watched The Oxford Murders, a classic murder mystery with a mathematical twist. Elijah Woods stars as an American student named Martin studying at Oxford who wants to find a way to work with the renowned Professor Seldom, played by John Hurt. When Martin's landlord, who is a friend of Prof. Seldom, is murdered and mathematical symbols are left as clues, the student and professor join forces to help the police solve the crime. This one was good but not great, a nice choice for those who like classic mysteries or fans of the TV show Numbers. 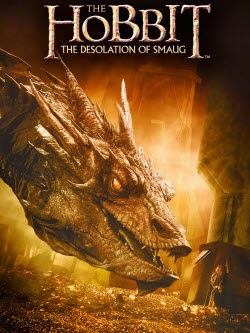 Saturday night, we actually convinced my high school son to watch with us (a rare occurrence with his busy social life) when our library request came in: The Hobbit: The Desolation of Smaug. My husband and sons have waited a long time for this one! I liked the book but don't think they needed to take a short book and turn it into 3 very long movies. Despite that, there is no question this is a spectacular movie, with the highest possible production values, great acting, and amazing scenery, costumes, and CGI. It's an epic fantasy, plain and simple.

Sunday, we watched another DVD from the library, Reasonable Doubt, a twisty thriller. Dominic Cooper stars as ambitious Chicago DA Mitch Brockden who is on the fast track to success. Driving home to the suburbs one night, after a drunken evening with his colleagues, Mitch hits a pedestrian who has run into the street. He calls 911 from a payphone but then flees the scene, afraid of what the scandal would do to his career. When the man's murder gets attributed to Clinton Davis (played by Samuel L. Jackson), an angry man who lost his wife and child to a violent crime a few years earlier, it seems that Mitch is in the clear. During the trial, though, Mitch's guilty conscience makes him help prove Clinton innocent. Things aren't always what they seem, though, and this fast-paced thriller keeps you guessing right up to the exciting end. 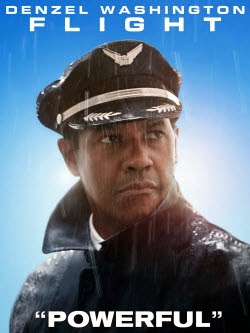 Last night, we watched another Amazon Prime movie, Flight, starring Denzel Washington as a brash, cocky pilot nicknamed Whip who drinks and snorts cocaine before flying a commercial airliner. Disaster strikes on the flight, and the only thing that saves the lives of most of the people on board is Whip's experience and calm in the cockpit. He might be full of himself and stoned, but he's also a talented pilot. Once the accident is over, the NTSB comes in to investigate, and Whip's intoxication comes to light. It's a taut and suspenseful situation - Whip saved the flight but he also never should have been in the cockpit. Washington gives an emotional performance - we all enjoyed this movie very much.

Whew - that's it for one week! Much more to come this week, I'm sure.

Thank you for the recommendations. I have seen a few of these but I will be looking into finding some of the other ones. A lot of good movies here. Hope your family is healing from their illnesses. I've been housebound most of the time the last couple months so movies are a good distraction. :)