Sorry I didn't write on the blog all last week. I had something scheduled every single day (a situation I try to avoid) so was out running around constantly, just getting home in time for a late lunch and collapsing until the next day when it started all over. Whew.

Our college-aged son is still horribly sick and couch-bound, after getting mono in November (on top of his ME/CFS and Lyme & other tick infections). It's getting frustrating and depressing, for him and for us.

As usual, we helped to keep him amused with lots of his favorite TV shows and movies, so it was another movie week filled with mostly thrillers! As he and I settled in with a thriller Thursday night, with his dad out of town and his brother gone on a ski trip, he sighed and said, "Just what the doctor ordered." Movies can provide that escape hatch when you need it. Here's what we watched: 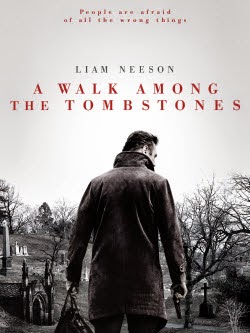 Thursday, he and I continued our Liam Neeson marathon (Taken and Taken 2 last week) with A Walk Among the Tombstones. Neeson plays Matt, an alcoholic ex-cop who works as a private investigator. He's hired to find whoever kidnapped and killed the wife of a guy whose brother goes to Matt's AA meetings. Before long, he realizes the case is bigger and more complicated than it first appeared, and it becomes a personal  quest of his to find the psychos who are responsible. Along the way, he picks up a wise-cracking but kind black kid living in the streets as a sort of partner. It was a very good movie, with plenty of suspense and a good mystery, plus some heartfelt emotion as the resolution of the case slowly begins to heal both Matt and his new sidekick. 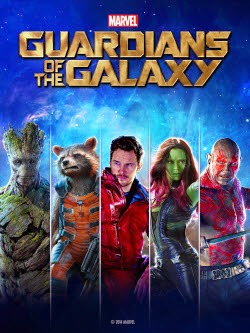 Friday night, when my husband got home from his trip, the three of us watched Guardians of the Galaxy, one of the most popular movies of 2014. This one was off the thriller track, though still filled with lots of action. It's a sci fi superhero movie from Marvel but with plenty of humor and a bit of tongue in cheek. It's about a group of misfits from around the galaxy, including Chris Pratt as Peter Quill who was abducted from earth as a child. Another of those misfits is a living tree that walks and (sort of) talks (he's pretty much unbeatable in a fight), and another of them is a wise-cracking genetically altered racoon named Rocket who works as a bounty hunter. Ok, that sounds kind of stupid, right? Well, it kind of is, but in a warm & funny way. As you would expect from a superhero movie, these misfits end up with the fate of the entire universe in their hands and decide to set aside their differences and selfish goals in order to save the galaxy. It's a fun ride with a really awesome 70's soundtrack (compliments of the mix-tapes and Walkman Peter had in his backpack when he was abducted). Even though my son referred to the songs as "old-timey music," he did enjoy the music, too. There is nothing too dark or disturbing about this movie - it's good for some old-fashioned escape, adventure, a few laughs, and good music. 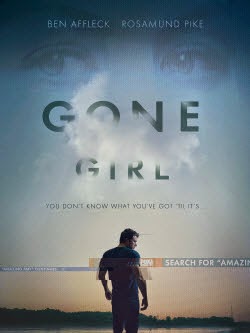 Finally, we watched Gone Girl (I know, two recent releases in a row - that's a record for us!). My husband and I both read the book last year, though our son hadn't. All three of us enjoyed the movie. If you were somehow living in a cave during the Gone Girl phenomena, it is about a marriage between Nick and Amy that seems ideal on the surface but is revealed - bit by bit - to have plenty of cracks when Amy disappears suddenly. There is lots of psychological suspense in this film, as you go back and forth trying to figure out just who is the bad guy. Some of the detail of the book was left out, but it ends in the same unsatisfying (but clever) way. The two lead actors - Ben Affleck as Nick and Rosamund Pike as Amy - both do an outstanding job in their roles. By the way, my husband and I both enjoyed another Gillian Flynn novel, Sharp Objects, more than Gone Girl (you can read my recent review here).

Have you seen any good movies lately?
Posted by Sue Jackson at 5:49 PM