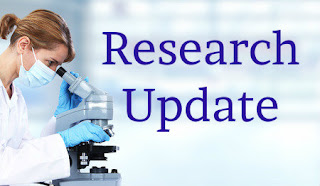 Big news! A long overdue first-ever population study of kids and ME/CFS was just published in the journal Child and Youth Care Forum. It's full title is The Prevalence of Pediatric Myalgic Encephalomyelitis/Chronic Fatigue Syndrome in a Community-Based Sample and you can read the abstract here (or pay for the full text). There is also an excellent, brief summary of the study's findings in Science Daily.

A population study scientifically estimates what percentage of the population has a certain disease, in this case ME/CFS in kids. This is big news because when the CDC conducted two previous population studies on ME/CFS (the second one estimating about 2 million adults in the U.S. have the disease), they left out kids entirely; both of their studies focused only on those 18 and older. Those of us with kids with ME/CFS have long seen the desperate need for a population study of kids, to help educate the medical profession (and the public) that this devastating disease does affect children and teens.

A few highlights from the findings of the study:
You can read a full summary of the study's results in Science Daily. Be sure to share this article with your own doctors, school nurses, teachers and administrators!
Posted by Sue Jackson at 5:05 PM