Fall TV We Are Looking Forward To 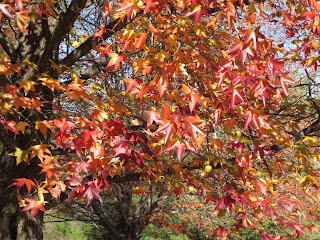 Yes, yes, it's back-to-school time, kids off to college, weather turning cooler (or supposed to anyway)...but fall also means the new TV season is here! Granted, it's not like in the old days, when all new shows started in fall. Now we have streaming services launching new shows constantly and even the networks introducing new shows every season, but fall is still the biggest season for the biggest shows and the biggest launches. Here's what we are looking forward to, both old and new:

Returning Favorites
We can't wait for some of our old favorite shows to return! Here's a list of the ones we are most looking forward to, along with links to my past reviews and start dates for this fall:

Yes, yes, I am well aware that it will be a challenge to juggle all those shows! Hopefully, some of the earlier ones will be winding down for a mid-season break by the time the later ones start. And let's not forget about new shows! Here are a few coming this fall that look like they might be worth checking out...

I went through a LOT of trailers and narrowed it down to these that look like we might enjoy them:

The Crossing (ABC) starting in October - I think I am most excited about this new sci fi thriller, about a group of refugees who appear in an American town seeking asylum - from 250 years in the future!

Wow, so many good shows to look forward to this fall!! It all starts next week...get ready for some binge-watching!

What old favorites and new TV shows are you most looking forward to this fall?
Posted by Sue Jackson at 7:34 PM