Good News in the ME/CFS World 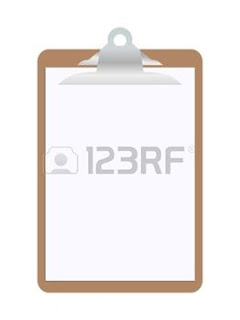 Life has been super hectic lately, so I haven't had a lot of time to write blog posts, but I have been collecting little tidbits here and there to share with you. So how about some good news in the ME/CFS world for a change?

New York State Educates Its Doctors on ME/CFS
New York State's Commissioner for its Department of Health included a prominent and accurate ME/CFS summary in his monthly letter to doctors across the state. You can read the full text of the letter here. He describes ME/CFS, explains that it is a serious and debilitating disease, and outlines its symptoms, encouraging doctors to consider it as a diagnosis for patients, where relevant. Even better, he explains that Graded Exercise Therapy (GET) was previously thought to be a viable treatment but has now been debunked and may harm patients - hurray! He even provides a link to Jen Brea's powerful and informative TED Talk about ME/CFS. His only mistake was in calling ME/CFS a rare disease, though later in the letter, he says that over 1 million Americans are affected and the number is probably even higher, due to a lack of diagnostic tools. This is a HUGE step forward for New York - let's hope that other states follow its lead!

CDC Removes References to GET and CBT for ME/CFS From Its Website
Patients across the United States cheered in July when the Centers for Disease Control (CDC) finally updated their website to remove their recommendations of using Graded Exercise Therapy (GET) and Cognitive Behavioral Therapy (CBT) as "treatments" for ME/CFS. The new text describes the exercise intolerance at the heart of ME/CFS and warns that gradually increasing exercise (as GET does) can be harmful for patients. You can read a summary of the changes they made - and why - here. The CDC website still does not offer much useful advice in terms of treatment for ME/CFS, but at least it no longer recommends these dangerous therapies and explains why they can be harmful. Patient advocates would love to see further improvements to the website, but this is a big step forward that we have been asking them to make for years. Now, we need to get the UK's NHS on board to update their outdated and harmful recommendations as well!

This Blog Was Chosen as Blogger of the Week
Well, this one is more good news for me, rather than for ME/CFS generally, but the more public recognition ME/CFS gets, the more awareness builds for us! Chronic Illness Bloggers, a community of blogs dealing with a wide range of chronic illnesses, chose me as Blogger of the Week back in July. You can read my Q&A here, where I discuss our family's approach to treating and living with ME/CFS, as well as some info about the blog itself. You can also check out their Blog Directory for other blogs dealing with chronic illness (including 66 on ME/CFS and many more on Lyme and fibromyalgia).

NOTE: One of the blog posts I am overdue on is an update on the UK's PACE guidelines, recommending GET and CBT as "treatments" for ME/CFS. As mentioned here, it has been debunked, though that news has been slow to trickle down to doctors and clinics. I will try to post an update next week with all the details.
Posted by Sue Jackson at 6:18 PM

Email ThisBlogThis!Share to TwitterShare to FacebookShare to Pinterest
Labels: advocacy, blogs, CFIDS in the News, exercise

Congrats on the well deserved recognition.

Yes, Cath! The good news keeps coming - the pace of research is speeding up, too - all good signs!