Weekly Inspiration: Living in the Moment 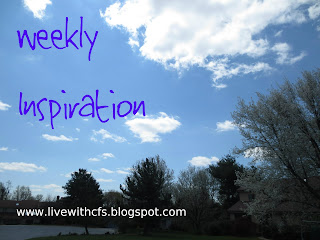 It's been awhile since I've written a book-inspired Weekly Inspiration post, which is odd since I read constantly, review books for a living, and have a book blog! I am definitely past due for a bookish post.

Last fall, I finally read Before the Fall by Noah Hawley, a literary suspense novel (my review at the link - no spoilers) that I had given my husband the previous Christmas. It was an engrossing and gripping story that was part mystery and part character study. It begins with a small, private plane crashing into the water between Martha's Vineyard and NYC. Almost all of its eleven passengers dies instantly, except for a man named Scott and a four-year old boy. Scott finds the boy in the water and saves his life by swimming to shore (he used to be a competitive swimmer). The rest of the novel follows the investigation into the crash and goes back to before the crash to look at what led up to it from all the different characters' perspectives. It's a good story and quite captivating, with the mystery of what or who caused the plane to crash, but I also enjoyed the chapters following Scott and the boy post-crash, as they struggle to cope with what happened.


"He tries to exist solely in the moment he's living, a man driving a car on an Indian summer day. ...Life is made of these moments - of one's physical being moving through time and space - and we string them together into a story, and that story becomes our life.

...Because what if instead of a story told in consecutive order, life is a cacophony of moments we never leave? What if the most traumatic or the most beautiful experiences we have trap us in a kind of feedback loop, where at least some part of our minds remains obsessed, even as our bodies move on?"

That passage really struck a chord with me with respect to living with chronic illness. It is very easy to fall into that trap he describes in the second paragraph, where we become obsessed with the trauma we've experienced. It may be the experience of our illness itself, suddenly having our lives come to a halt and losing things that we enjoyed doing. And sometimes, even after we've accepted the physical limits of the illness, we still become stuck on the emotional traumas - family that abandoned you when you most needed them, friends who you never heard from again, and other personal slights. Those have certainly been the toughest traumas for me to move past and stop obsessing over (and I'm still not 100% of the way there).

I love that first paragraph, too, though. It is something I write about often here on the blog, especially in my Weekly Inspiration posts - the focus on moments of joy and living in the moment. I love how he says we string these moments together and that becomes our story.

I want my story to be moments of joy and existing in the moment I am living, rather than about brooding and obsessing over the past.

How about you?
Posted by Sue Jackson at 6:07 PM

Test from a chronic voice Google.