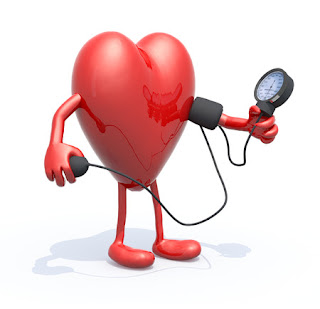 Part 1 of this series covered Challenges in Diagnosing Orthostatic Intolerance. I apologize for the long delay in writing this second part on Challenges in Treating OI -  a bad crash last fall left me with only minimal writing energy for several months...but here it is now!

If you missed the first part or are new to the topic of Orthostatic Intolerance (OI), go back and read Part 1 and/or my overview post on Orthostatic Intolerance and ME/CFS. The bottom line is that if you have ME/CFS (and possibly if you have fibro, tick infections, or MCAS), then you do have some form of OI, where your body can not hold blood pressure and/or heart rate steady while upright. The good news is that treating OI can improve all symptoms--often dramatically--and treatments are quite cheap and readily available all over the world. Treating OI is what got my two young sons back to school full-time and even playing soccer again, and it is a big part of what allows me to be active again - I now walk and exercise almost daily and can walk for up to about 90 minutes (on a good day) without crashing afterwards!

Why Treat OI?
Why bother in the first place? Because, though most of us are unaware of it, OI is behind many of the symptoms we think of as ME/CFS - it contributes greatly to fatigue, pain, and brain fog. Most importantly, OI is a big part of exercise intolerance. Treat the OI, and you will greatly improve your ability to tolerate exertion without crashing! That is the piece that was life-changing for my sons and I and so many other people around the world.


The tips below come from LOTS of experience - both our own and that of hundreds of other patients that we have helped get the treatments they need. Keep these things in mind as you embark on finding your own effective treatments for OI. You'll be glad you did!

Salt and Fluids Are Only the First Step
Many doctors recommend extra salt and fluids after diagnosing a patient with some type(s) of OI, and that is certainly very helpful, but it is only the first step in treating OI. Part of the reason behind why OI happens in ME/CFS and related conditions is low blood volume caused by endocrine dysfunction, and extra salt and fluids can help to increase your blood volume...but only by a small amount. Ingesting salt and fluids only has a minimal impact on blood volume, so while it's necessary, there are still hormonal abnormalities that prevent our bodies from holding onto those fluids, which is why we need extra help. For starters, extra salt and fluids will help, though you need more than just a bit of salty foods. Try these approaches:
Again, that's just the first step - you may see some improvement just from adding salt and water, but much more improvement is possible. Some people try weekly saline IVs (my son did for 2 years), so you are pumping up blood volume directly instead of going through the stomach. Those can work well, but their effects are very temporary - your body quickly comes back to its own "normal" state within a day or two - and it's an invasive procedure.

Know Which Type(s) of OI You Are Treating
Refer back to the diagnosis resources I linked to in the opening paragraphs. It's important to know which of many types of OI you have because that will guide treatment. The most common forms of OI in ME/CFS patients are POTS, where the heart rate (HR) goes up while standing, and NMH, where the BP drops while upright; however, some people have rarer forms of OI, where the HR goes down or the BP goes up or HR and/or BP jump all over the place. OI is just an umbrella term meaning that your body can't hold HR and/or BP steady while upright, so find out which types you have. As I explain in the post on Challenges in Diagnosing Orthostatic Intolerance, some doctors tend to focus solely on POTS (it seems to be the best-known OI condition), so be sure to ask for the raw data and details on exactly what your HR and BP did during the test. Your treatment approach may be different if you have "just" POTS or both POTS and NMH or some other form of OI entirely.

Tips for Using Florinef (fludrocortisone)
One treatment option that can work for all types of OI is Florinef. Its sole effect is to help the body hold onto more salt and fluids, so it can help to increase blood volume, which will help with all types of OI. A few facts about Florinef:

"Some basic physiology might be helpful to people. Florinef (fludrocortisone) is a mineralocorticoid that helps primarily with salt re-absorption in the kidney, hence the mineralo-corticoid label. It has some gluco-corticoid properties, meaning that it helps in stress responses and glucose metabolism like cortisol does.
Florinef is quite potent mg for mg in comparison to cortisol. But, the glucocorticoid effect of fludrocortisone at doses commonly used for treating orthostatic intolerance (0.1 mg daily) would be equivalent to just 1.5 mg of cortisol per day. This is a very small glucocorticoid effect, especially when compared to an adolescent's maintenance daily cortisol needs of 12-24 mg per day.
One confusion is that the Physician's Drug Reference book (PDR) lumps fludrocortisone under the glucocorticoid class, mainly because fludrocortisone does have some glucocorticoid properties. Doing so confuses people, because there is no mention about how little glucocorticoid effect it might have when given in the recommended doses. The PDR then incorrectly suggests that Florinef can suppress the immune system. We know this can happen with cortisol and prednisone, and many people stay away from it because of the other widely known effects of glucocorticoids in high doses (so-called Cushingoid weight gain, acne, mood changes, immune suppression, yeast infections). But in about two decades of using Florinef, I have never seen any evidence of immune suppression attributable to the drug, nor has anyone developed unusual infections while being treated with it. It does not suppress cortisol levels. It can increase BP, which is part of why we use it, but this is a mineralo-corticoid effect, not a gluco-corticoid effect.
Similarly, Florinef has no anabolic (muscle building) steroid properties as might be seen among those who want to gain an unfair advantage in sports.
It isn't always the right medication for everyone, but it definitely can treat a subset of those with orthostatic intolerance."

Armed with those facts, here are some tips for trying Florinef:
Tips for Trying Beta Blockers
Beta blockers work by blocking certain hormones, like adrenaline (which ones depend on which beta blocker you are taking) that can cause HR and BP to jump around. They will immediately reduce a high HR and are commonly used to treat high blood pressure, but I have found that a low dose beta blocker also helped to stabilize my BP and stop it from dropping when I am upright, so don't discount them if your BP is low or you have NMH. I wrote an entire blog post with information on and tips for finding the right beta blocker, so if you are trying them, please refer to that post for more detailed information.

Here are some quick highlights:
Patience and Persistence Pay Off!
This is the final thought I want to leave you with. I have lost count of how many times patients have told me "I tried treating OI, but it didn't help," and it turns out they just tried 1 beta blocker (probably at too high a dose) or only a low dose of Florinef. All treatments for OI can require a lot of trial and error to find just the right combination for each person because we are all different. Also, what I have outlined here are just two of many different treatments available for OI - they are the ones most commonly used but not the only options, by far. For more on treatment options, check out my ProHealth article, Treating Orthostatic Intolerance, and Dr. Rowe's summary brochure on OI. Both of these are also excellent for sharing with doctors because they are footnoted with plenty of scientific research to back them up.

Remember, keep trying! It is well worth the effort for the improvement in all symptoms that results.

Have you tried treating OI yet? Do you have any tips to share?