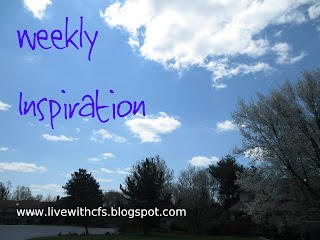 As I explained in this week's News from Our House post, I have been crashed a lot lately and spending far more time on the couch than usual.  I felt bad on Friday so did the right thing and tried to take it easy, but I woke up Saturday feeling even worse. Stuck on the couch again and feeling pretty depressed, I was scrolling through Facebook and found a video a friend posted. That started me down a rabbit-hole that kept me laughing most of the day!

My first Laugh! post listed all the positive emotional and physical effects of laughter--it's been studied and scientifically proven! It's even good for the immune system, which is great for us! That post also included a great (and funny) TED Talk about the benefits of laughter, so check that out. And now, onto some new laughs for today!

First up, the videos that kept me laughing ALL DAY yesterday! My friend shared one on Facebook, I laughed like crazy, my husband came over to see what was so funny, and we were both obsessed all day (and we haven't seen them all yet!). This is the Holderness Family's channel on Youtube. The parents have been making videos since the start of the pandemic, and they are hilarious! Here's one of our favorites of their regular vlogs, Marriage in Quarantine:

At bedtime, my husband was still quoting that opening scene with her in the closet! We could both relate to everything in here!

They also have a bunch of song parodies. The husband is the musician in the family, and his ability to mimic so many different singers and the cleverness of their replacement lyrics kept us laughing!

Here's one of over 50 song parody videos to make you laugh--they are all great, but we especially liked this one based on TV theme songs--setting "Costco" to the theme of "Love Boat" ("soon we'll be making another run...") was pure brilliance:

Gospel Song About the Fridge

Another YouTube gem (that I first saw on the Today Show) brought a huge smile to my face! This woman sings for her church choir and has a beautiful voice, here put to good use singing her original song "At the Fridge Again":

Watch out: this one will stick in your head all day!

We've been watching mostly thrillers lately, but when we need a good laugh, our family goes back to some 80's and 90's movies that are guaranteed to keep us laughing! Our favorite funny movies include:

Planes, Trains, and Automobiles - a classic! John Candy and Steve Martin are hilarious in this movie about two men who meet while trying to get home for Thanksgiving. The challenges they face will make you glad you can't travel right now, and their acting and dialogue will keep you laughing from beginning to end. This one is exceptionally quotable and often quoted in our house ("it may not look like much, but it gets me where I want to go!"). Even though we can now pretty much recite every line, this movie still makes us laugh more than any other.

s. If you've wondered what happened to Ralph Macchio after Karate Kid, here you go! He plays a a young man on a road trip with a friend. They get stopped by local police in a small Southern town, mistaken for the robbers who hit the same gas station where they stopped. Ralph's character calls his cousin Vinny Gambini, who just passed the bar exam, to defend them. Vinny comes down from New Jersey with his girlfriend Mona Lisa Vito, played amazingly by Marissa Tomei (nominated for best supporting actress for her role here). What follows is hilarious as Italian New Jersian Vinny, in the ultimate "fish out of water" story, goes up against Southern good ol' boy Judge Haller, played by Fred Gwynne, best known as Herman Munster. The actors are all outstanding, and the writing is sharp and funny. Guaranteed laughs!

The Birdcage - Robin Williams and Nathan Lane as a gay couple running a drag show in Miami Beach? Say no more. These two actors are absolutely hilarious in this movie based on the famous stage play, La Cage Aux Follies. The laughs grow as Armand's (Robin's) son asks his dad to pretend to be straight to meet his fiance's right-wing parents, played by Gene Hackman and Dianne Wiest. Chaos ensues when Nathan Lane's character decides to attend the dinner in drag and pretend to be Armand's wife. Hank Azaria as their gay houseboy, Agador, steals the show during this crazy dinner party. Even after multiple viewings, this show keeps us in stitches!

Well, I am feeling better today--I guess all that laughter helped yesterday! We are going to visit my father-in-law, so I'll have to cap off the laughs there.

Please leave a comment (or a link) to tell me what makes YOU laugh!

Love all the movies you suggested! My go-to make me smile movie is Nacho Libre with Jack Black. Never fails!

Hi, Sue! I haven't seen any of these movies, so I'm definitely going to watch them. The Marriage Quarantine video was hilarious.

Can you believe I've never seen it?? Will have to check it out next time I need some laughs :)

My son was obsessed with Jack Black in School of Rock, though, so I can just about recite it! Also a great pick-me-up movie!

Hope you enjoy them, Kathy!! We are obsessed with the Holderness Family videos now - lol!