We watched a total of just 19 movies in 2016, quite a drop from the 54 movies we watched in 2015! My husband and I had a lot more free time together this past year, with our nest emptying in September, but I think our movie-watching went down as our TV watching ramped up even higher! With streaming services, cable channels, and networks, there are just SO MANY great TV shows on now that it's tough to keep up with them all. But, more on TV tomorrow, with my 2016 TV Summary.

So, we watched 19 movies, in a nice mix of different genres (see the full 2016 list below, with links to my reviews - no spoilers!). Now, for some superlatives:


Best Suspense/Thriller
Eye in the Sky

We watched plenty of good suspense/thrillers (my husband and sons' favorite kind of movie), but I think that Eye in the Sky takes the prize because of its sheer emotional power. It's very suspenseful with lots of tense moments, but it also really makes you think, about the real costs of modern warfare. You will never look at drones the same way again. This is a movie I am still thinking about, months after watching it (plus, it's just a really great film).

I loved the novel ROOM by Emma Donoghue, and the movie adaptation was excellent. Suspenseful and heartwarming, both my husband and I enjoyed it (he loved the book, too).  The two main actors - both the mom and the little boy - were wonderful in it.

This was out last movie of 2016, watched in New Year's Eve, and one of the best. I could have fit it into other categories because this movie has it all - humor, drama, romance, and great music. It's the story of a group of teen boys - very ordinary, uncool boys - who start a band in 1980's Dublin. The movie is a lot of fun and it's uplifting, too - a great way to end the year! (or start a new one). Did I mention the music? I was listening to the Sing Street soundtrack on Spotify today, and it brought a smile to my face.

Do I have to choose a favorite in this category? All three that I marked as our favorites - this one, Ex Machina, and Star Trek Beyond - were excellent. But, this is Star Wars! My husband and I both loved this return to the Star Wars world - and enjoyed seeing it on the big screen in the theater (a rare treat for us).

Granted, it was the only family movie we watched this year, but it was worthy of the win. I had my doubts since Disney's classic animated version is an old favorite of mine, but the high-tech effects were amazing, and the casting was perfect. Bill Murray as Baloo the Bear? Plus, they left in our favorite songs. All in all, a very enjoyable evening that left us singing. 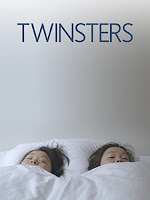 Once again, the only film in the category that I watched this year! TV also crowded out the movies I usually watch on my own, including documentaries. This one was a lot of fun and completely heartwarming.

Here are all the movies we watched in 2016, listed by genre, with our favorites marked with an *

Suspense/Thriller
All Good Things - a creepy, psychological thriller based on true story
American Ultra - action-packed thriller with plenty of humor, about a stoner turned secret agent
Bridge of Spies - a quiet, suspenseful story based on real-life spy swap
* Eye in the Sky - a powerful, thought-provoking story about modern warfare
* The Girl on the Train - dark, twisty thriller based on the best-selling novel

Drama
The Legend of Tarzan - a new twist on the classic jungle adventure
* ROOM - Suspenseful, heartwarming - based on the best-selling novel
* Stuck in Love - warm, funny atypical romcom about a family's loves

What were your favorite movies you watched in 2016?
Posted by Sue Jackson at 7:45 PM

Wow! It's amazing what I left behind when I moved to New Zealand--tv here leaves a lot to be desired, to say the least.

Sorry to hear that! You didn't get most of these movies in NZ?