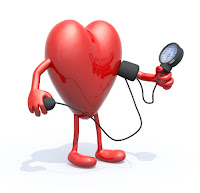 I have written often here about the significant role that Orthostatic Intolerance (OI) plays in ME/CFS and how treating OI has led to life-changing improvements for my sons and I, allowing us to live active lives again. OI is an integral part of ME/CFS - one study showed that 97% of the patients studied had it - and it is also very common in those with fibromyalgia, Lyme and other tick infections, and MCAS. Basically, any disease that affects your autonomic nervous system can cause OI. OI is an umbrella term encompassing several conditions where the body can not maintain a steady blood pressure (BP) or heart rate (HR) while upright (standing or even sitting). If you feel worse after standing and better when you are lying down, that is OI at work. Some people faint from OI but many with ME/CFS just feel sicker when upright.

The two most common types of OI in ME/CFS are Neurally Mediated Hypotension (NMH), where the BP drops when you are upright, and Postural Orthostatic Tachycardia Syndrome (POTS), where the HR goes up when upright. Rarer forms of OI - like where the BP goes up or the HR goes down or HR and/or BP jump all over the place - also exist. The good news is that there are many inexpensive treatments available for OI, and treating it usually brings dramatic improvement in all symptoms - it's what got both of my sons back to school full-time and allows me to now exercise again, walking for up to 90 minutes at a time, with no crash afterward!

This blog post describes OI - particularly NMH and POTS - in more detail, including how to diagnosis and treat it and our own experiences. I also wrote two articles for the ProHealth website, Part 1: Diagnosing OI and Part 2: Treating OI. These two articles will be particularly helpful in sharing with your doctor(s) because they are heavily footnoted with references listed at the bottom from scientific studies and papers, in case your doctor wants proof and/or to read more. Finally, Dr. Peter Rowe is the top expert worldwide in OI as a part of ME/CFS, and his summary brochure on OI is also helpful for reading yourself and sharing with your doctor(s). He includes a review of available treatments.

Even with all this information available, though, I have found in helping hundreds of other patients get treatment for OI that most people still run into some challenges in diagnosis and/or treatment. I'll cover diagnosis today and treatment next week.

Here is an overview of the most common challenges you might encounter in diagnosing OI and how to overcome them:

Challenges in Diagnosing OI:
All of this might seem like a lot of trouble to go through to get more diagnoses, but these are conditions that are measurable (a nice change of pace for us) and very, very treatable. Treating OI can lead to dramatic improvements in all symptoms and in quality of life. It's a big part of what got my sons and I back to living semi-normal, active lives again.

Up next week: Challenges in Treating OI, to help you get the same kinds of improvement we've gotten from OI treatment, which - like all aspects of ME/CFS - can require some trial and error to get right.

Have you encountered other challenges or problems in diagnosing OI that I haven't covered here? If so, please leave a comment below, and I will respond.

Thank you, this and the links have been very useful. Often only a single sitting heart rate is taken, not even the standing test, the patient is ignored and the effects of OI can get worse. But it seems there is enough difficulty even getting an appointment with a specialist. People don't get second ones let alone many don't get the first.

You really don't need to see a specialist - the standing test can be done in your primary care doctor/GP's office and doesn't even require the doctor's presence the whole time - a nurse can do the test. With help from family or friends, a heart rate monitor, and a blood pressure cuff, you can even do the standing test at home and then show your doctor the results. The key is to share some of this information (like the instructions/forms for the NASA standing test) with your doctor to help educate him/her. If your doctor isn't willing to listen or learn something new, then you need to find a new one - which can take some effort but is well worth it.

Good luck! And thanks for taking the time to comment - you are right that there are many challenges in just getting diagnosed accurately, but once you do, the treatment will change your life!

I, like many diagnosed patients with CFS/ME, have POTS. I know this is probably more applicable to your next blog (in terms of treatment), but thought I would ask your advice in any event. I'm a patient with one of the well-known CFS/ME clinicians and so far we have tried Metoprolol (first), then Ivabradine (also known as Corlanor), and have increased fluid intake / electrolytes / salt intake. According to my FitBit Alta HR that I use daily, there has been no difference in my OI symptoms when I've incorporated any of these. I can sense that we're both feeling stuck on what to try (I'm going to purchase compression stockings) - I believe we're going to give Midodrine a shot next. Anything you could advise that has helped you and your son in OI, that we haven't already tried? Just trying to keep the faith that something out there may bring improvement.

Kind regards and thank you in advance for any help you may offer,

Thanks for sharing your story - and for the kind words about my blog - so glad you've found it helpful.

When you say "there has been no difference in your OI symptoms" with the various treatments you've tried - what exactly do you mean? The metropolol didn't reduce your HR? In our experience, the beta blockers didn't immediately make us feel better - it was more the longer term effects of reducing HR and thereby allowing us to be more active which created a positive domino effect over time.

Also, metropolol is just 1 beta blocker and there are almost 40 different ones! Some of them have entirely different mechanisms of action. LOTS of people need to try 3 or 4 or more before finding the one that works best for them - we are all so different. The ones that are most commonly used for ME/CFS patients include atenolol, nadolol (which my son takes) and propranolol (which I take). And best results come from a long-acting beta blocker (24-hour type) taken at bedtime - the short-acting ones can actually make things worse because the HR jumps back up each time they wear off. Here's more info & tips on finding the right one and the right dose - your best best is some trial and error...AND patience & persistence!

Hope that helps - it really does take a lot of patience & persistence but it is well worth the trouble! Let me know how it goes -

Thanks so much for your prompt reply Sue!

To clarify the "no difference in OI symptoms" comment. When I failed my NASA Lean Test and received my POTS comorbidity diagnosis in my physician's office - my heart rate showed that it elevated 30+ upon standing. Afterwards, I used a heart rate monitor to track my HR and to observe the spikes and so forth. After using these two medications + increased fluid intake / increased salt intake / electrolytes, these still did not mitigate my HR spikes upon standing at any point - validated by my hear rate monitor that there was essentially no difference when using this treatment method / not using. Hopefully that makes sense?

I know patience is definitely the key - I have not heard of these 3 medications when discussing with my doctor. I will note and possibly ask in the future.

Those medications I listed are simply other beta blockers (like the metropolol you tried). There are over 3 dozen of them & we react differently to each one, so just trying one of them doesn't mean they won't work for you - it just takes some trial & error to find the right one - same with dosing. Read that blog post I linked to above for details.