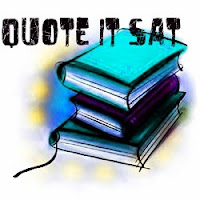 Believe it or not, I have finally caught a virus, maybe the one the rest of my family had two weeks ago or maybe a new one (Jamie's starting to get congested again now). Although I've spent another week flat on my back, it's almost a relief to have "normal" symptoms like other people! For days, I've had a fever (a real fever!) and congestion. Who knows - maybe this virus will finally knock down my hyped-up immune system so I can get back to "normal." My spirits have been good, in part because of my nice weekend last week and in part thanks to some perspective gained from reading a wonderful memoir earlier this week.

The Diving Bell and the Butterfly by Jean-Dominque Bauby is the memoir of a man who was editor-in-chief of the French Elle magazine until a massive stroke left him with locked-in syndrome. He is paralyzed and can only move his neck and one eye. He communicates (and wrote his book) by blinking his eye. Kind of puts CFS into perspective, doesn't it? His book is uplifting and inspiring; his attitude is amazingly positive. You can read my full review at my book blog.

Here are a few brief quotes that I could relate to as someone living with an isolating chronic illness (while clearly recognizing the differences!)...

The doctors brought him a wheelchair, which made him realize that his situation was permanent and not improving, and caused him to move toward acceptance and consider the effect on friends and family:

Oddly enough, the shock of the wheelchair was helpful. Things became clearer. I gave up my grandiose plans, and the friends who had built a barrier of affection around me since my catastrophe were able to talk freely. With the subject no longer taboo, we began to discuss locked-in syndrome.

I think this is similar to what happens when someone with CFS is finally diagnosed, and I love the phrase "a barrier of affection." What a perfect description!

While someone wheels his chair outdoors along the shore, he spots a lighthouse:

I placed myself at once under the protection of this brotherly symbol, guardian not just of sailors but of the sick - those castaways on the shores of loneliness.

"Castaways on the shores of loneliness' - what a beautiful and fitting phrase!

And, finally, considering the difference between his old life and his new:

I am fading away. Slowly but surely. Like the sailor who watches the home shore gradually disappear, I watch my past recede. My old life still burns within me, but more and more of it is reduced to the ashes of memories.

I would highly recommend this book (and I've heard the movie made from it is also excellent), especially on a day when you're struggling with self-pity. Bauby's words are honest and inspiring.
Posted by Sue Jackson at 10:06 AM

Wow. The quotes you shared are really hitting the mark for me today...the lonliness one...so true.
Hope you feel better soon!!

I loved this book when I first read it in early 2006. That was before my ME/CFS. It is now even more poignant.
Your last quote from the book is the one I am always drawn back to, the one that resonates with me now.
I feel that this book should be read by all those with ME/CFS. It teaches us so much. Even when we are flat on our backs, things could be worse. Determination and strength of will can carry you far, even when the body is unwilling...
Sam

I agree with Renee. Wow-those quotes are hitting the mark with me too.

I just heard about this book a couple days ago and wondered about it. It's good to know that its worth reading.

I too hope this virus calms down the hyped up immune response. I know exactly what you mean when you talk about the relief at finally having gotten the virus.

I stopped the LDN for a few days because it had interfered with my sleep too much and resumed .5mg one week ago. I think I'm going to increase it again tonight. I can't wait to be on the full dose!

I wish you a speedy recovery from this virus...

Ah, this brought a tear to my eye.

I had the same reaction as you when I read this book. It definitely resonated with me. It was a selection for our book club, and the rest of the ladies didn't get it -- they were so focused on the tragedy of his life that they couldn't see the "butterflies" he was describing. To me, it was much more about the butterflies than the diving bell. It helped me to look for and embrace more of the butterflies in my life. I'm glad you shared a review of this! While I'm in this protracted crash, I may just have to go back and read it again.