Vitamin B12 and ME/CFS 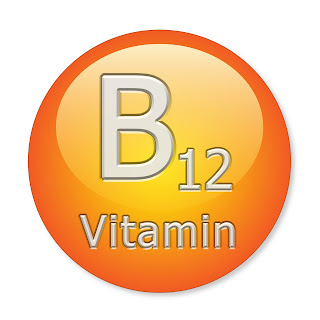 Last week, I wrote a post about methylation and its importance to people who have ME/CFS (and other immune disorders as well). If you haven’t read that post yet, I highly recommend you go back and read that one first because these two topics are inextricably intertwined. If you want even more detail than what I am providing here, ProHealth has an excellent article on B12 and Methylation that includes 225 scientific references!

So, with that basic knowledge of methylation, we already know that vitamin B12 is absolutely essential. It feeds a critical step in the methylation process, and without it, the whole process breaks down. That’s only the tip of the iceberg for B12 and ME/CFS, though.


Why is B12 so important to ME/CFS patients and what does it do?


We know that B12 is a critical component of the methylation cycle, which regulates detoxification, as well as critical processes in adrenal function, immune function, and the nervous system. Here are other facts about vitamin B12 and ME/CFS:


This was all news to me! Many years ago, when I first heard of doctors giving ME/CFS patients B12 shots, I thought it was an insignificant treatment, something done when doctors didn’t know what else to do because there was a myth that B12 improved energy. Wow, was I wrong!

B12 consists of 4 different but related –cobalamin molecules (so named because they contain cobalt):

The U.S. Institute of Medicine recommends that all adults over 50 use B12 supplements, so given everything listed above, it seems that every ME/CFS patient could benefit from B12 supplementation. What are the best ways to get it?

From what I have heard and seen myself, many doctors still feel that injections are the best way to get B12 into the body where it can be used effectively; others use sublingual or oral B12.

My son has been getting weekly hydroxycobalamin injections (1000 mcg) for several years now. We did not see an immediate effect, probably because his methylation process was so severely dysfunctional, and his system was overwhelmed by his three tick-borne infections when he started. Slowly, over time, as we addressed his methylation issues (see methylation post) and treated his infections, we saw that the B12 was having a positive effect. He feels a lot better, and we know the B12 is part of the reason why.  He also uses Black Bear Spray (a mouth spray form of B12) several times a day and finds that using it before or during a class, homework session, or a test helps to improve his mental energy and cognitive function.


He recently increased to 2 injections a week, and wow! He felt a huge burst of energy and improved cognitive function with that second weekly B12 shot. The effect was so positive that he now drives home from college twice a week to get a shot. Our next step – recently decided with the biochemist/dietician we consult with – is to switch him to daily shots that come pre-loaded so that he can do them himself at school, with hydroxycobalamin every day and methylcobalamin every third day.


As for me, last summer, I started using a product called B12 Extreme from ProHealth. I bought the product after reading that article they featured on B12 and ME/CFS because it is one of the few B12 products that contain all four types of B12. They are sublingual tablets, and, at first, I felt a mild improvement in energy when I took one each morning. I still take them every day, though I don’t notice that same burst of energy anymore, and blood tests done in December showed that I still had fairly low levels of B12. The biochemist/dietician we work with is reviewing my genetic test results to see if I have any problems metabolizing various forms of B12 and will make her recommendations based on that. I suspect injections may be in my future, too.


In summary, B12 seems to be essential to many body processes, and B12 supplementation should benefit anyone with ME/CFS. Just remember, though, that B12 is just one piece of a very complicated puzzle. If, like my son at first, you don’t see any benefits after a month or two of B12 supplementation, then you probably need to address other pieces of that puzzle, like other parts of the methylation cycle or treating underlying infections (if none of the typical ME/CFS treatments seem to work for you, then you almost certainly have underlying infections that need to be diagnosed and treated before you can move forward).


I will keep you up-to-date on my own B12 experiences, and I would love to hear about yours as well. Has B12 helped you? At what doses and in what forms? This seems to be a simple, inexpensive treatment that can help anyone with ME/CFS.


UPDATE 1/10/17:
My son did very well with the switch to alternating hydroxy- and methyl- type B12 injections and continues to use them. He injects every other day, alternating types, and can tell when he misses one! He is 23 now and injects himself (and told me it was much better doing it himself than having weenie mom do it!)

My son also told me to stop being a baby and switch to injections! I did and now use the same injection schedule that he does - every other day alternating hydroxy- and methyl- types. I can tell they are much more effective than the sublingual tablets I used to use - like my son, I feel the positive effects immediately. You have to purchase injections from a compounding pharmacy - any doctor can write a prescription. Our dietician calculated dosage for us - we both take the same amount (he is about 150 pounds and I am about 130). We take 3.5 mg in each dose, but we request a highly concentrated solution - 25 mg/ml - so that each injection is tiny, just 0.14 ml. I have heard different recommendations for both subcutaneous (just under the skin) and intramuscular (into the muscle, using a longer needle) type injections. We have always used subcutaneous, on the advice of our dietician, which are tiny needles that you barely even feel, injected into our stomachs, and as I said, they are very effective for us.


ADDENDUM 8/25/15: Our dietician recently advised us that people with ME/CFS should NOT take only cyanocobalamin. The cyano- means it contains cyanide which must be detoxed and coverted to other forms before you can use the B12. The detox pathway is part of the methylation process and uses up LOTS of glutathione which is already in short supply for us - so it does more harm than good if you take too much of it. Cyanocobalamin is, however, a part of the methylation process and can be taken as a small part of a product with multiple types of B12. This is especially important to know because as a manufactured form of B12, it is very common in typical B12 supplements and is the only ingredient in a new B12 prescription pill marketed under the brand name Eligen. It's best to avoid cyanocobalamin (or only use it in small amounts, combined with other types) and stick to one of the other 3 types, especially early on in the process of improving methylation.


Note: This post contains affiliate links. Purchases from these links provide a small commission to me (pennies per purchase), to help offset the time I spend writing for this blog, at no extra cost to you.